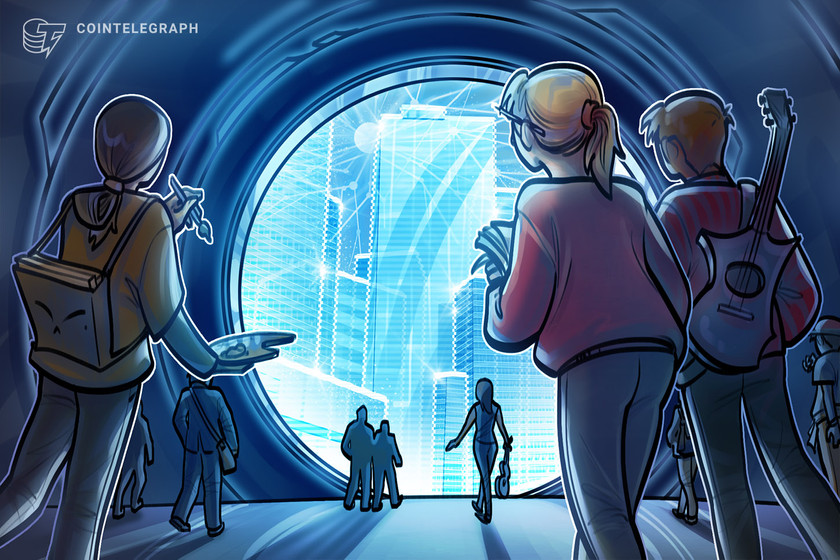 A metaverse project that would provide a digital hub for creators gave the community an opportunity to travel within its metaverse city and explore an early version of the vision that it aims to achieve.

Last week, Web3 creator economy protocol DEIP launched an event within its metaverse. With DEIP CEO and co-founder Alex Shkor acting as a virtual tour guide welcoming participants with a speech, Cointelegraph explored the city while listening to the guide.

In an interview with Cointelegraph, Shkor explained that the space was created with the goal of empowering creators and connecting them with each other. Shkor said:

“We were keen to create the space where creators could meet each other, collaborate and learn more about the latest technological developments enabling the transition towards the decentralized creator economy.”

The platform hopes to give creators a platform to discover, evaluate, license and exchange “intangible assets” such as artworks. It also aims to transfer data storage from centralized publishers into a decentralized platform, giving creators more control with regards to their work. Apart from this, DEIP also seeks to give creators better monetization opportunities.

According to the Shkor, the space was created by the Arhead Metaverse ecosystem, Balagan creative agency and Atrium architectural studio. The team also partnered with Near Protocol and the Octopus network to help further its ecosystem.

During the event, one of the most noticeable attractions was a blue balloon dog. Shkor mentioned that this is Jeff Koons’ Balloon Dog (Blue), which is a physical sculpture that was converted into digital art to be showcased at the event.

While running an event within a metaverse is an interesting step forward, the event also showed signs that metaverses are still in their early stages. Moving through the digital location, Cointelegraph met some minor difficulties such as getting disconnected and audio being cut off.

Meanwhile, metaverse tokens are performing well despite the bear market. According to a report by Kraken Intelligence, metaverse-related digital assets have outperformed other token categories by around 400% year-on-year.