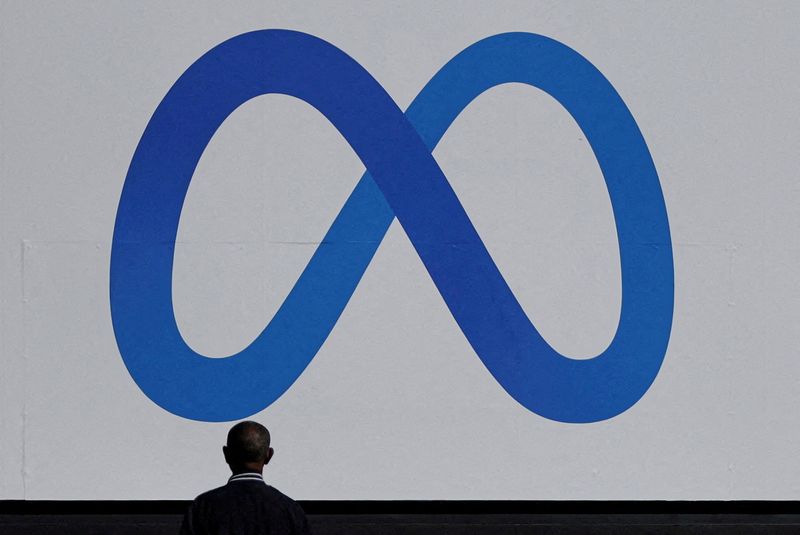 (C) Reuters. FILE PHOTO: man stands in front of a sign of Meta, the new name for the company formerly known as Facebook, at its headquarters in Menlo Park, California, U.S. October 28, 2021. REUTERS/Carlos Barria/File Photo

(Reuters) – Meta Platforms Inc is set to open its first physical store where shoppers can try out and buy virtual reality headsets and other gadgets as the company plots a course to take its highly touted metaverse mainstream.

The 1,550-square feet Meta Store at the company’s Burlingame campus in California opens on May 9, and will feature demos for its Quest 2 VR headset and video calling device Portal as well as Ray-Ban’s augmented reality (AR) glasses, Meta said on Monday.

The devices, except for the Ray-Ban glasses, will be available for purchase at the store. The products can also be bought online through a new shopping tab on meta.com, the company said.

Meta is investing heavily in metaverse – a virtual space where people interact, work and play – by adding new features to hardware devices that serve as access points to the virtual world.

Meta also said it would charge a 47.5% fee from creators of digital experiences and assets, a move that has attracted criticism from some app developers.

Shoppers tracking the space are awaiting the next version of the Quest 2 VR headset, likely to be released in the second quarter and widely seen by analysts as critical to the company’s metaverse plans.