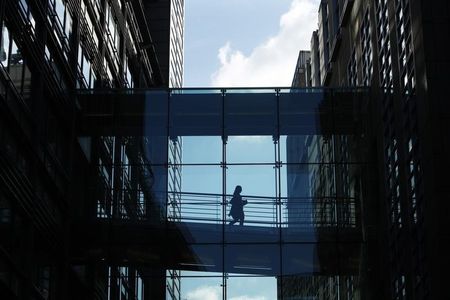 Hall is significantly more optimistic about the VR outlook compared to AR based on the number of usable products in this sector and expectations of hardware advancements in the short run.

The analyst said AR solutions that currently meet expectations are still a few years away as the most important optics technology breakthroughs are yet to come.

“If AR products do ship in the next few years we would expect them to offer only smartwatch level utility for a much higher price with difficult channel execution issues,” said Hall in a note to clients.

On the other hand, Goldman Sachs analyst expects Meta Platforms (NASDAQ:FB) to launch its new version of the Cambria VR headset this fall, with Apple’s (NASDAQ:AAPL) first VR offerings anticipated to come in early 2023.

The bank believes that the main competition in the VR market at the moment is the one between Meta and Apple, with the former aiming to grow its user base using appealing hardware prices and attractive VR experiences, while the latter is more focused on growing its already powerful platform.

Even though that VR technology continues to see improvements, the category still hasn’t fully clicked with the broader user base, says Hall. As a result, the bank’s VR unit forecast of 19.4 million units in 2023 is more optimistic compared to the IDC estimates of 18.9 million, based on Hall’s beliefs that VR technology will improve remote collaboration.

“We believe that VR could become an important element of remote working if comfort and other issues are solved,” said Hall.

Goldman projects VR unit sales to hit nearly 34 million by 2025, though it mostly depends on how much utility consumers recognize in VR products.

Conversely, the analyst projected significantly fewer units for AR due to a lack of technological breakthroughs. He added that AR products are not likely to have a significant amount of industrial-focused applications.

Goldman Sachs Much More Positive on VR Than AR; Meta and Apple Seen as Key Competitors