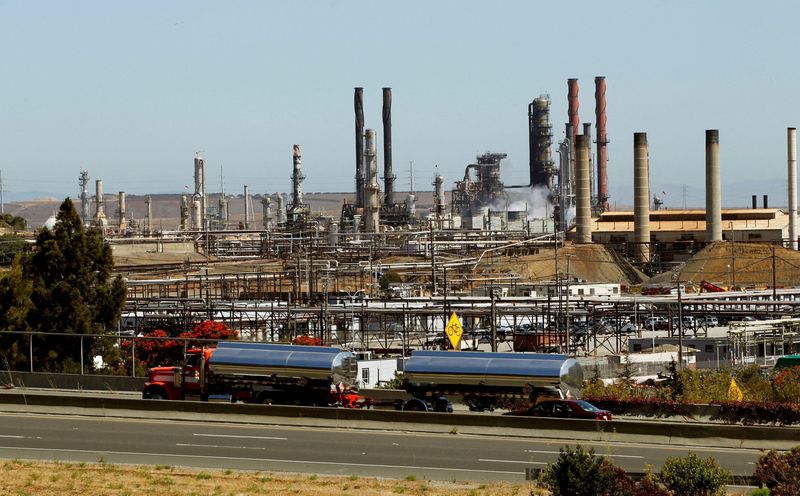 Jet prices in the San Francisco and Los Angeles wholesale markets have climbed 45 cents since Wednesday because of the jet fuel hydrotreater shutdown at the 245,271 barrel-per-day (bpd) Richmond refinery, the traders said.

A Chevron spokesman did not immediately reply to a request for comment.

Union workers at the Richmond refinery were pulled from their jobs on Sunday, hours ahead of the start of a strike called by the United Steelworker union (USW). Supervisors, managers and engineers have been operating the refinery since then.

The 59,000-bpd jet fuel hydrotreater shut down on Monday, the sources said. The hydrotreater removes sulfur from jet fuel in compliance with U.S. environmental rules.

The traders said the outage came at a time the supply of diesels and jet fuel was already tight on the West Coast with new cargoes not expected to arrive from Asia for at least two weeks.