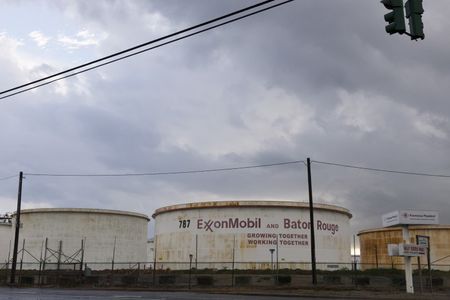 Investing.com – Shares of Exxon Mobil (NYSE:XOM) and Chevron (NYSE:CVX) traded slightly weaker on Monday amid renewed hopes of a diplomatic solution to the ongoing tensions along the border of Russia and Ukraine.

Exxon fell 1.7% while Chevron fell 2.1% as crude prices eased amid signs of a concession by Ukraine to Russia, though a final word isn’t out on it yet. Various American and European government officials have said the Russian invasion of Ukraine could happen any time now.

According to Bloomberg, Russian President Vladimir Putin said, “All right” in response to Russia Foreign Minister Sergei Lavrov’s suggestion talks with the U.S. and its allies on its demands for security guarantees in Europe should continue. Russia also wants a ban on further expansion of NATO.

Later, Putin met Defense Minister Sergei Shoigu, who reported that some of the massive military exercises now underway are already concluded. He didn’t specify plans for returning the troops to their bases, but other officials have said they will go back once the operations are over.

The comments indicate Kremlin will continue diplomatic efforts to ease tensions and may even begin to de-escalate.

The U.S. has demanded Russia pull back some 130,000 troops it says the latter has massed near the border with Ukraine.