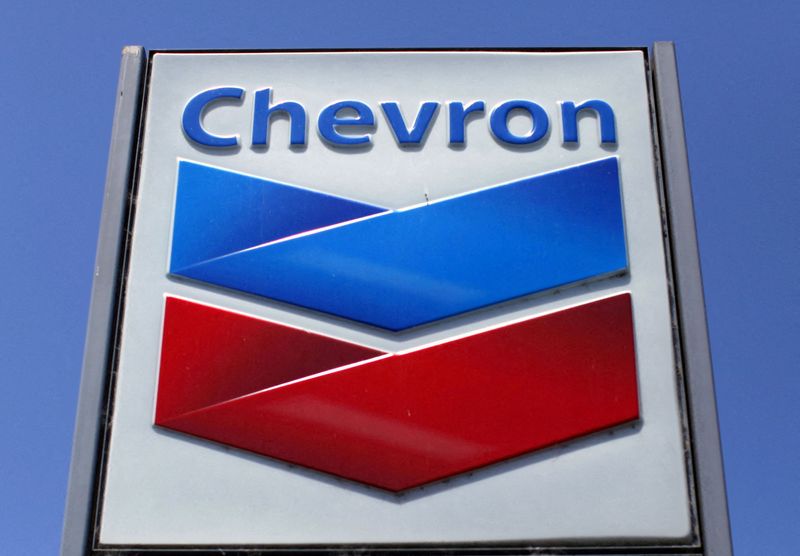 The first major oil company to report fourth quarter results posted earnings of $5.1 billion, or $2.65 a share. Analysts had forecast a $3.12 per share profit, Refinitiv showed, expecting a bigger boost from rebounding prices.

Chevron (NYSE:CVX)’s oil and gas production fell 5% to 3.12 million barrels per day (bpd) with the largest drop coming from the loss of Indonesian and Thai production licenses. It also took a $575 million hit from timing of bookings in its liquefied natural gas (LNG) business.

Investors had this week pushed Chevron shares to an all-time high on expectations that rising oil prices would drive earnings. Shares were down 3.7% at $130.35 in early trading.

“A weak performance across the board,” Jefferies analysts wrote, adding that a forecast for weaker production this year was “likely to disappoint.”

Chevron projected oil and gas production would be flat to 3% less this year due contract expirations in Indonesia and Thailand that it no longer viewed as competitive.

Fourth quarter earnings from refining were $760 million, down from the $1.31 billion in the third quarter but up from a loss of $338 million year-on-year. The downstream business suffered lower chemical margins and volumes, Chevron said.

But higher results than a year ago enabled Chevron to increase shareholder returns and pay down debt.

The company said it will buy back about $1.25 billion in shares during the first quarter, at the higher end of its guidance. Chevron also raised its dividend by 6% to $1.42 per share this week.

“I expect 2022 will be even better for cash returned to shareholders,” Chief Executive Michael Wirth said in prepared remarks. “We’re more capital and cost efficient, enabling us to return more cash to shareholders.”

Chevron sharply cut spending on new projects in 2020 as the pandemic took its toll, a move that helped profits soar as oil and gas prices rebounded. The benchmark oil price last quarter averaged $79 per barrel compared with $43 a year earlier.

Chevron kicks off oil industry’s Q4 results with a miss