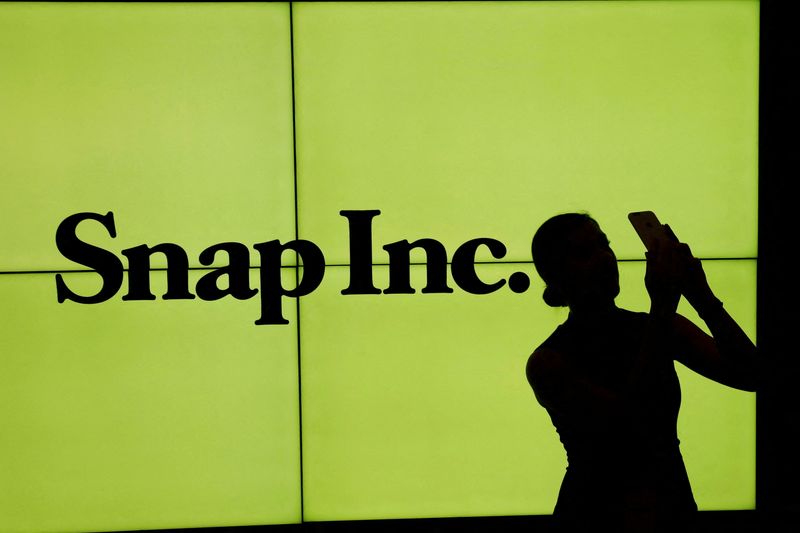 (Reuters) – Snap Inc (NYSE:SNAP) is speeding up its global expansion in countries from Mexico to Japan through tie-ups with wireless carriers and highlighting its popular augmented reality features, the company told Reuters.

The parent company of the Snapchat photo messaging app is leaning on its relative safety during a period when social media platforms such as Meta’s Facebook (NASDAQ:FB), Twitter (NYSE:TWTR), YouTube and TikTok are being scrutinized worldwide over harmful content, lax privacy and cybersecurity protections, which has led to outright bans of the services in some countries.

Snap has largely remained unscathed by governments and regulators around the world and has developed a playbook for attracting users in new markets that plays up the appeal of its light-hearted AR (augmented reality) lenses, which can overlay computerized images on top of the physical world, and ephemeral messaging between close friends.

Since rebuilding its Android app in mid-2019, which made Snapchat more usable for people outside the United States and Europe, where Android is more widely used than iPhones, the company has reached a milestone of 100 million monthly users in India.

Globally, Snap has 500 million monthly users, the company said during its Partner Summit in May, adding about 40% of its users are outside North America and Europe.

It now wants to deepen its India presence and attract new users globally starting with Japan, Indonesia, Brazil, Mexico, Italy and Spain, a strategy that has not yet been reported.

The move reflects how the majority of Snapchat’s users are now on Android following the rollout of the improved app, whereas previously it was one of the few apps that was mostly used on Apple (NASDAQ:AAPL) devices, said Nana Murugesan, Snap’s head of international markets.

“We’ve seen the fruits of that play out as Android is really driving our growth,” he said.

Snap’s strategy includes inking deals with telecom carriers and smartphone manufacturers to preinstall Snapchat. The company said it is currently in talks with carriers in Mexico, Brazil, Italy and Spain to explore deals such as joint marketing or including the app in zero-rating plans, which allow customers to use an app without it counting against mobile data limits, and was a tactic that super-charged Facebook’s early expansion in regions where wireless data was expensive.

Snap is also opening new offices in Tokyo, Milan and Madrid this year to help support the growth plans, the company said.

The expansion plan includes hosting workshops with high school and college students to promote the app with young users, adding media content in local languages to its Discover feature on Snapchat, which houses original shows from entertainment studios, and rolling out photo and video AR filters that celebrate local holidays and events.

Along with its focus on AR, Snap has in recent years positioned itself as an app for keeping in touch with a close group, and one where public content is vetted by the company, a distinction from apps like TikTok, where content creators aim to go viral.

That image could help Snap gain easier entry into markets in Asia, where families are watchful of influences on their children, said Shailesh Rao, a former executive at Google (NASDAQ:GOOGL) and Twitter who worked on international expansion.

Generating meaningful returns in these new markets could be difficult, said Arvind Rajan, former managing director of new markets for LinkedIn, who developed the professional networking site’s entry into China in 2014.

While attracting new users in India is easy given the large young population, U.S. tech companies have struggled with making money in the country, he said.

In India, Snap trails Meta Platform Inc’s Facebook and Instagram, which have 388 million and 257 million monthly active users, respectively, according to app analytics firm App Annie. Viral short-form video app TikTok has been banned in India since 2020 over data privacy and security concerns.

Gaining users in Japan, Brazil, Italy and Spain, in particular, will be key to laying the groundwork for Snap to grow its international revenue. The four countries are among the top 10 online advertising markets worldwide, and the total amount spent on online ads in those markets amounted to $33 billion in 2020, according to an August report from research firm MoffettNathanson.

The Santa Monica, Calif.-based company, which earns revenue by selling advertising on Snapchat, still makes most of its money in North America. Its revenue from outside North America and Europe totaled $127 million during the third quarter, an increase of 53% from the previous year.

Japan represents a lucrative opportunity, and Snap sees its AR features as the way in. In August, the company hired its first employee in Japan to lead market development in the country.

Japan has a well-established AR developer community, and Snap wants to attract users as it makes strides in its AR technology such as its Spectacles glasses, Murugesan said, adding the company is in discussions to partner with an animation studio in Japan to create AR lenses.

The company is also hiring for a role that would build relationships and awareness with augmented reality developers in Japan, according to a job posting on Snap’s website.

“If you can figure out the user growth story (in Japan), you’ll make a lot money,” Rajan said.